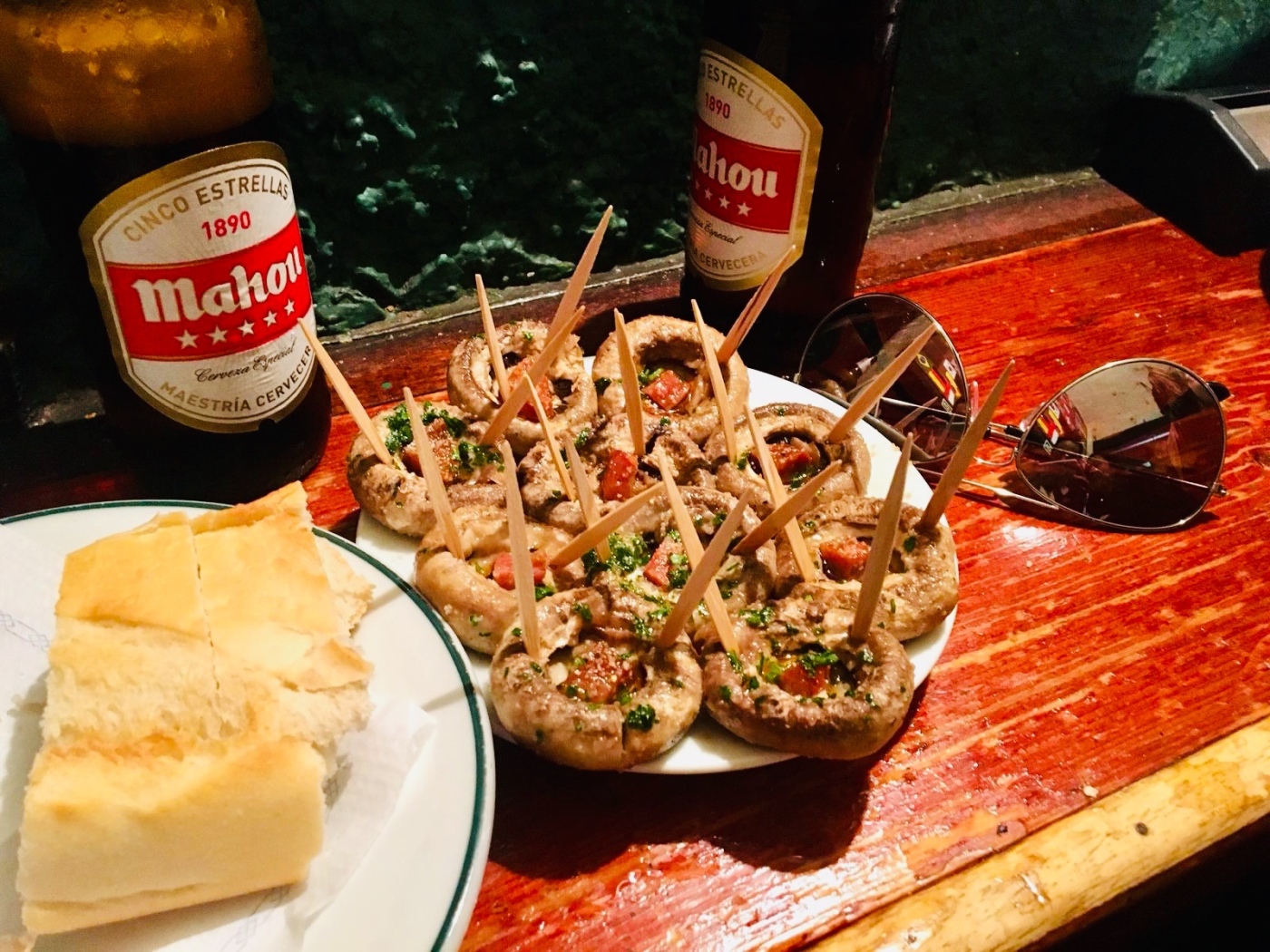 Learning a language has many benefits. You may even discover it changes your way of viewing the world.

As most people would agree, learning a language is hard work. The question therefore is: is it worth it?

Especially if, like me, you speak fluent Kiwi (English), there is really no need to waste all those hours and money, right..?

Learning a second language has undoubtedly been one of the best things I’ve ever done.

It’s not just how amazing it has been to live in Madrid with its endless nightlife, cheap wine and beer (4 wines for what it would cost for 1 in San Francisco!), delicious tapas and incredible people.

On top of this, the process of learning a language has been incredibly rewarding and humbling.

Reasons For Learning A Language

Here are my top 6 reasons for why you should learn another language.

1) Winning the hearts of the people

To truly experience life in a foreign country, learn the language.

This paves the way to integration in social circles, being introduced to family and friends, as well as learning the culture, jokes and the manner in which people express themselves.

Learning the ways people express themselves

Learning how people express themselves in their language is a key part of getting to know them and the culture better.

It’s also super fun learning cool expressions, as well as how to swear in a foreign language.

I had no idea that cursing was so common in Spanish. Or that “coño!” (literally, the private parts of a female, but used so frequently that it loses that meaning) would become one of my favourite words.

I also never knew how useful phrases such as “Vete a… tomar viento / a la mierda.. ” could be. This is a slightly stronger way of saying “No, thank you“, although I do not recommend using it with the grandma of your new Spanish boy/girlfriend.

It is worth noting that getting a boy/girlfriend (lover.. friends with benefits) in a foreign country is hands down one of the best ways to practice the language and get to know the culture of a country better.

This method was recommended to me from many sources, including my Spanish professor – who made it our homework for the week!

You can just tell your actual boy/girlfriend back home that it was “cultural research”*.

*Disclaimer: blogs written in humor cannot be held responsible for the breakdown of relationships due to “cultural research”.

Connecting with the people

Connecting with the local people was without doubt one of the greatest rewards of learning Spanish for me.

It was awesome being able to go to a group dinner or party and be able to follow the conversation and (at least some of) the jokes.

I was able to learn about people and make friends in a way that would not have been possible if I hadn’t been able to speak the language (albeit imperfectly). I made some amazing friends in the process of connecting with people in their own language.

I was also truly touched by how patient and encouraging people were with me and my (terrible) Spanish.

2) Learning another way to view communication

Speaking my native language means I don’t even think about speaking at all. I think. I speak. Done.

But learning a language forces you to re-evaluate the way you express yourself. You cannot speak another language simply by translating *your* word into a *foreign* word. You need to learn to express yourself using a foreign grammatical structure, vocabulary and unique expressions.

In other words, when learning a language you need to restructure your entire way of communicating yourself.

You also start to notice things you never noticed before. The typical gestures that people make, the voice intonations and body language.

Did you know that the Spanish tend to have a different definition of “personal space” than the average American or English person?

The Spanish will typically stand much closer to you and touch you more. And of course, upon meeting someone, the Spanish give two kisses (left then right – very important to get the order right unless you want to get more intimate).

Communication is much more than the spoken word

Communication includes gestures, intonation and body language. I notice the differences between cultures a lot more than I did before. A firm handshake now seems like an overly formal way to greet friends.

Sure you can notice this stuff as a tourist too. But when you learn the language you often start adopting the other parts of communication that comes along with it.

Once you know how to speak Spanish – do you also now stand closer to people, touch them more and try to kiss everyone you meet?

It then gets weird when you go back to your home country and start mixing it all up: a handshake, followed by a kiss, followed by…. awkward confusion.

“Learn how to turn frustration into fascination. You will learn more being fascinated by life than you will by being frustrated by it.”

“Ok,” I hear you say, “What is Beginner’s Mind and why should I want to be a beginner in anything?!” Patience, young grasshopper!

Beginner’s Mind is an attitude of curiosity and eagerness towards learning, free of preconceptions and expectations.

Enjoy the process instead of focussing on the result

As adults, we can become shamelessly impatient when we learn anything new. We take a few beginner’s classes and then want to know why we are not being directly accelerated to Expert Level.

We become outcome-oriented and if we do not see measurable progress towards our Desired Result, we become discouraged.

The problem with focussing on the outcome is that we forget to simply enjoy the process of learning.

As adults, we become more and more accustomed to staying within our “comfort zone”. That is, the things we are familiar with and know how to do. Quite frankly, we don’t like the feeling of not knowing what we are doing.

In other words, we develop the “ego” / self-imposed expectation of being a Knowledgeable Adult and tend to avoid being in situations where we feel like a beginner.

When we become used to staying in our zone of comfort, frustration can become an automatic response to needing to leave it.

You most likely will have observed this type of frustration if you have tried to teach, or been witness to, (or are) an older person learning to use a smartphone. Within minutes, they can become tense and frustrated, jabbing with annoyance at the screen and complaining that modern technology is far too complicated to use.*

The downside of being outcome-focussed and staying in our comfort zone is that we often miss out on opportunities to learn and grow. Developing Beginner’s Mind, i.e. converting frustration into curiosity and eagerness to learn, is therefore an invaluable practice.

*To all my elders and betters, I respect you. I also know that it will be our turn when we become older and the technology of holographic calls perplexes us.

4) It’s good for your brain

Yes, it’s true: if you don’t use it, you lose it. Keeping your mind young means keeping it active, and what better challenge than learning a language?

Learning a language improves your ability to think, listen, read and speak, as well as connect with different cultures and people.

And come on, it’s not so hard to “study” with a trip to a country that interests you and conversing with the locals over a good wine or beer, right?

“One language sets you in a corridor for life. Two languages open every door along the way”

A bi (or tri) lingual you is likely going to have more opportunities for work and travel than the monolingual version.

For those thinking about learning Spanish – it’s already the second most widely spoken language in the world (as a native language). Also, the U.S. is projected to have the largest population of Spanish speakers by 2050 (Cervantes Institute). There are a lot of Spanish speakers – meaning a lot of opportunities to use your Spanish.

6) Sounding cool with your (non-foreign-language-speaking) friends:

This one is fairly self-explanatory but worth mentioning. Yes, it’s cool to show off your language skills in front of your non-Spanish-speaking friends.

They have no idea that when asking for the air conditioning to be turned up, you said to the waiter, “Estoy caliente” instead of “Tengo calor“. Meaning that instead of saying you’re feeling hot, you actually told the waiter you have the hots for him.

You can just say he is laughing because he’s so happy to be serving you guys.

Learning A Language Is Well Worth The Effort

Yes, it’s frustrating, time-consuming and often you’re going to going to make a fool of yourself. But the rewards far outweigh the costs. This makes it really important to persevere in spite of the challenges.

In general, taking the time to learn something new is always worth the effort, whatever you decide to learn. It is truly valuable to remind yourself of how it is to be a beginner with an open and curious mind.

My immersion experience put me front and centre of what it feels like to be a constant beginner. I would joke with my Spanish friends that I was proud to be almost at the fluency level of a three-year-old Spanish child.

Being a constant beginner often felt uncomfortable, but I found that by letting go of my expectations and frustrations I was able to enjoy the process a lot more. Mistakes became something to laugh at. I laughed a lot, and found that the people I was with also laughed along (with me, not at me, right?).

So, unearth that foreign language textbook that’s been gathering dust in your closet. Or even better, book yourself a flight to a foreign country and advise your boss that you have “cultural research” to undertake. Buena suerte!